Private Equity &
Infrastructure
Kazakhstan is the dominant economy in Central Asia, contributing over half of the region´s GDP. Over the last 30 years, the country has attracted the majority of the region´s foreign investment and continues to make improvements to its investment environment. GDP growth has averaged over 6% per annum since 2000, and the country is the only one in the region which is ranked at investment grade by Moody´s. The country links Asia to Europe and is one of the geographies that can be most impacted by ambitions to increase land-based trade as an alternative to existing sea routes.
The Government’s strategic goal is to become a top-30 global economy by 2050, an aim consistently supported by numerous State programs.
One Belt One Road: Kazakhstan is a key geography for the One Belt One Road initiative and is in the process of implementing a range of ambitious infrastructure projects. The centrality of Kazakhstan to the world´s largest investment project is likely to transform the country over the next decade.
Kazyna Capital Management (KCM) aims to promote the sustainable economic development of Kazakhstan through promoting and attracting private equity investment, particularly into infrastructure.
01
Kazakhstan Infrastructure Fund (KIF)

Through applying our business model to the Kazakhstan Infrastructure Fund, VPE has positioned itself as the window for international funds to invest into Kazakhstan and the One Belt One Road initiative. KIF´s main strategic partner in the region is Kazyna Capital Management which is tasked with bringing international capital into Kazakhstan.

02
Buyout of Almaty Airport
VPE Capital played a key role in identifying, negotiating and structuring the 100% buyout of Almaty International Airport and associated businesses together with TAV Airports, and, through KIF, invested alongside them into the takeover and future development of Central Asia´s largest airport. KIF acquired a 15% equity stake in this transaction which will bring USD600 mn of international investment into the aviation infrastructure of Kazakhstan.

Khorgos is planned to become the world´s largest dry port, and the main transportation and logistics hub connecting China with Europe through Central Asia along the trade highway under the umbrella of China´s Belt and Road Initiative. In 2018, KIF built a consortium to finance and develop the first Grade A warehouses on the Kazakh side of the border. Utilizing VPE Capital´s experience and contacts in the sector, 23,000 square meters of space was built on time to meet the contract to a government owned transportation company.

Kazakhstan stands to benefit enormously from increased trade turnover as part of the growing momentum of the Belt and Road Initiative. Quality logistics infrastructure is in short supply, and growing demand is expected

The middle class and related consumer spending is growing in Kazakhstan

Kazakhstan has the potential to become a major transportation hub between Asia and Europe. Upgrading air links can allow Kazakhstan to capture the growing cargo and passenger traffic between the two regions, as well as service the country´s growing middle class. 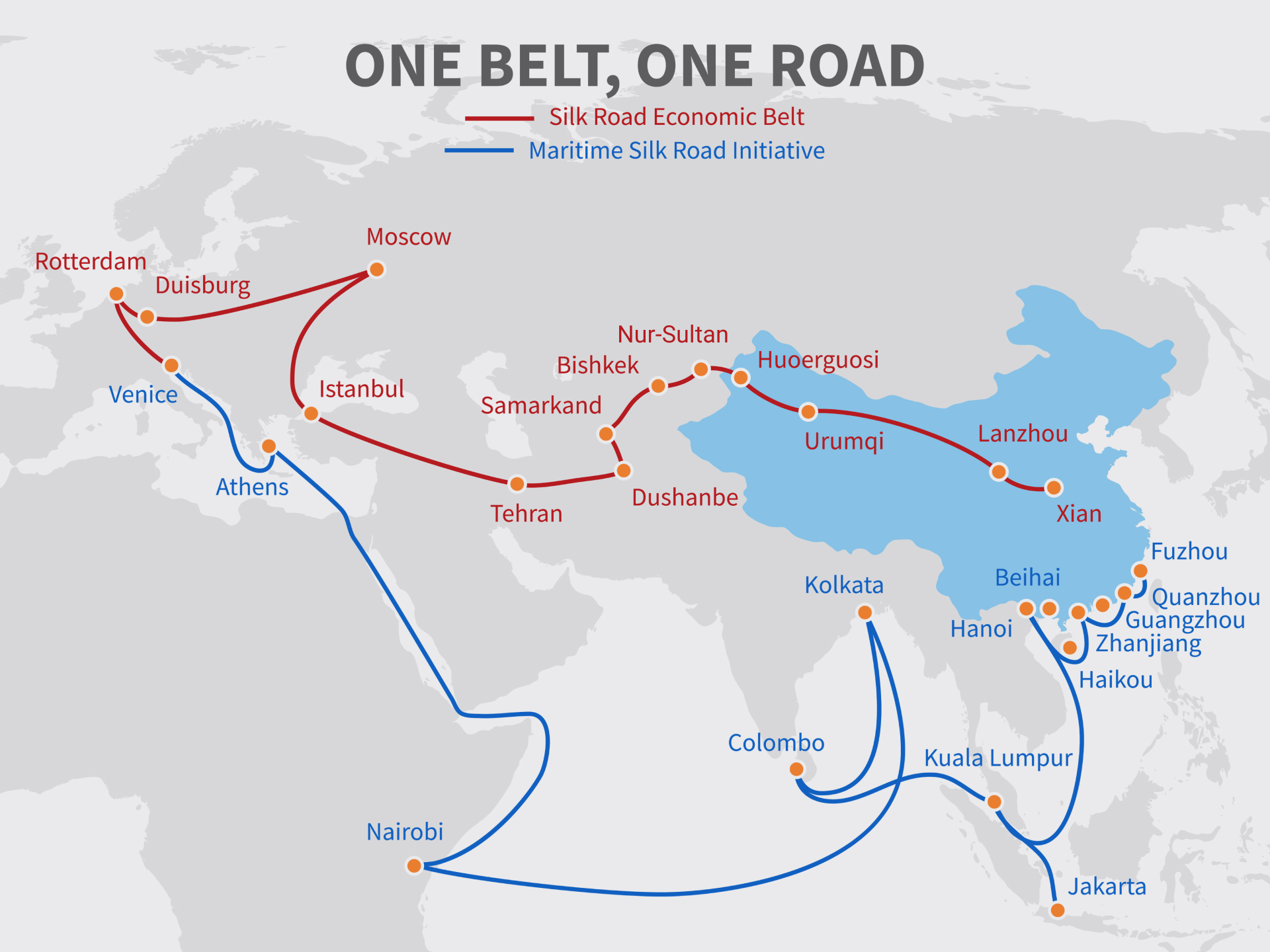